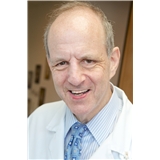 Craniotomy is a surgical procedure in which part of the skull is removed in order to view the brain. The piece of skull removed is called a "bone flap." After the necessary brain surgery is performed, the bone flap is fitted back into the skull. Craniotomies are designated in different ways. A frontotemporal, parietal, temporal or suboccipital craniotomy is named after the bone that is removed. The minimally invasive "keyhole" craniotomy, on the other hand, is named after the small dime-sized incision that is made in the skull.

Craniotomies, which are performed by neurosurgeons, are appropriate in a number of situations, including for:

Craniotomies are also used to relieve pressure within the brain caused by traumatic injury or stroke.

Craniotomy is performed, sometimes under general anesthesia, in a hospital. An incision is made in the scalp (which is shaved at the incision site), and the bone flap is removed to allow access to the treatment area. There are cases in which patients remain awake during surgery, and are asked to move their legs, recite the alphabet or tell stories to ascertain whether brain functioning has been affected. Location of the incision will depend upon the area being treated. A medical drill may be used to create small holes (as in keyhole craniotomy), or a special saw may be used to cut the bone flap. Once the procedure is complete, any tissue that has been cut into is stitched together, and the bone flap is reattached using plates, sutures or wires.

Surgery to treat a brain tumor is complex, and not without risks and complications. Some risks are related to the specific location being operated on. If, for example, the area of the brain being operated on controls speech, then speech may be affected. Aside from the usual surgical risks of infection and bleeding, other risks specific to craniotomy include swelling and accumulation of fluid, which can lead to brain damage and other serious complications. Surgery can also damage healthy brain tissue, causing problems with thinking, seeing and speaking.

Post-craniotomy, a patient usually has a headache for a few days, and can feel tired or weak. Most patients spend between 3 and 7 days in the hospital, but specific recovery times vary. Pain medication is prescribed in order to relieve symptoms and promote healing.